Long one of the most open and accommodating destinations for tourists and businesspeople in Asia, the well-advertised « land of smiles » is showing signs of a subtle frown directed toward foreigners.

Over the past seven months, successive Thai governments have passed measures scrutinizing land purchases by non-Thais and clamping down on long-stay retirees and expatriate workers who lack proper visas. In January, the cabinet passed a sweeping bill that tightens restrictions on foreign companies, a measure that awaits final approval.

« There’s been a trend that suggests rising economic nationalism, » said Thitinan Pongsudhirak, a professor of political science at Chulalongkorn University. Thailand, he said, has fallen into a « very complex mood of ambivalence » toward outsiders under the military-led government that seized power last September.

That mood is evident in a 12th-floor conference room at the headquarters of Bangkok Bank, where Vongthip Chumpani, an adviser and former vice president at the bank, expresses her frustrations about certain types of foreigners who come to Thailand — and tend to stay.

« We are getting a lot of weird retirees here, » Vongthip said. « They can’t survive in your country so they come here. » Today in Asia – Pacific Letter From China: China can teach Africa about population zeal China proposes hot line with U.S. Afghan forces kill 69 militants without NATO help

Thailand needs to slow down and catch its breath, she said. Thaksin Shinawatra, the prime minister ousted in September, had entered into a flurry of free-trade agreements with Australia, China, Japan, the United States and others. To Vongthip’s thinking, he tried to pry the country open too quickly.

« We bent over backward all the time to accommodate foreign investors, » she said.

That could be changing.

Under proposed new rules for foreign investors, companies such as Federal Express might have to give up control of their operations in Thailand. Car and electronics manufacturers could be barred from delivering their cars or disk drives to ports for export; only Thai-owned companies would be allowed to transport items within the country.

Retail chains — big ones like Carrefour and hundreds of smaller ones — could be frozen out of future expansion. Land purchases by thousands of foreigners could be declared illegal.

These amendments to the Foreign Business Act were approved by the Thai cabinet in January and are now under review by the Council of State, an independent government body of legal experts.

Since the very first boatloads of Portuguese and Dutch emissaries arrived here five centuries ago, Thailand has had a knack for dealing with foreigners: trade but not domination, hospitality but not subservience. Thais successfully gleaned technology from Europeans, Americans and Japanese, and the elite sent their children to study abroad. Unlike all of its neighbors, Thailand was never colonized.

But this was before millions of tourists poured into the country’s spas, beaches, golf courses and restaurants — not to mention red-light districts and massage parlors. The number of tourists visiting Thailand, whose population is 64 million, is expected to reach nearly 15 million this year, a doubling over the past decade.
…/… 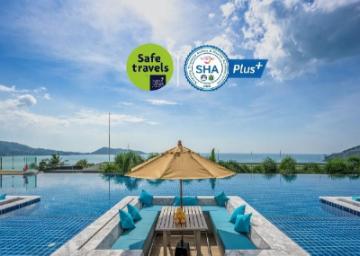